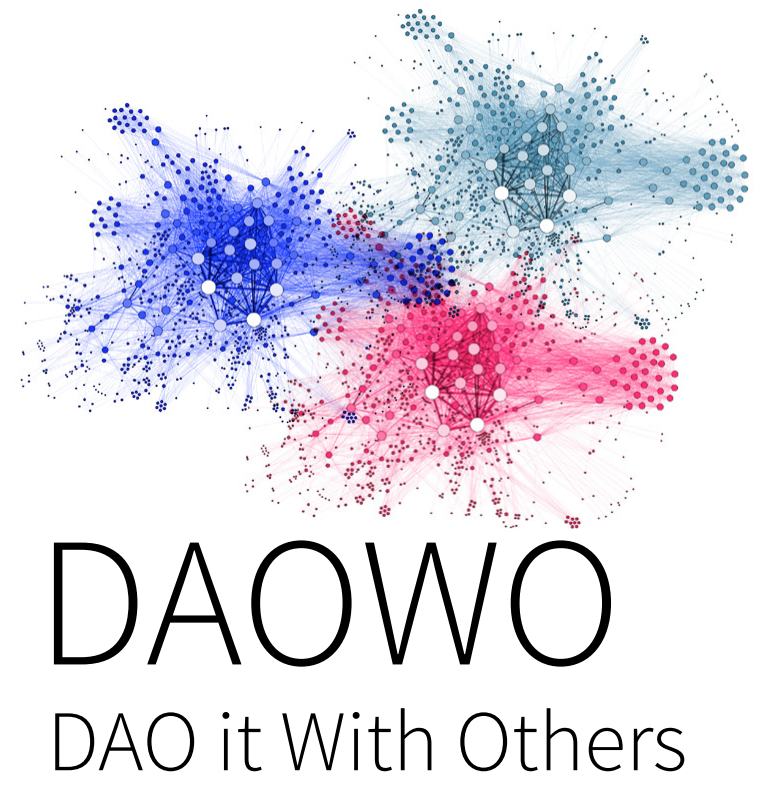 Furtherfield have created a beautifully designed pamphlet of a whitepaper that I wrote for them about combining cryptoculture with participatory art shows.

DAOWO – DAO it With Others

DIWO (Do It With Others) is a distributed campaign for emancipatory, networked art practices instigated by Furtherfield in 2006.

A DAO is a Decentralised Autonomous Organization, effectively a corporation or a charitable trust implemented in networked computer code.

Both are decentralised. A DAO has no single point of failure on the network, existing on the blockchain. A DIWO event is organised online and open to participants worldwide.

Both are an application of network technology to social organization. A DAO implements a corporation, charity, club or co­operative. A DIWO event organizes artists, curators and writers to produce and exhibit work together.

Both are rule driven and participatory. A DAO consists of trustless, incorruptible code that serves the interests of its members or clients. A DIWO event is a themed open call for artworks.

Both are ways of managing scarce resources. A DAO manages resources such as a cryptocurrency token or the lock on a door. A DIWO event allocates the productive efforts and attention of an audience and the display space of a gallery.

A DAOWO would be a combination of the two ­ Decentralised Autonomous Organization With Others.