This new incarnation of Rob Myers’ classic work “Balloon Dog, Shareable Readymade”, originally commissioned by Furtherfield, comprises an edition of 1000 miniature gold balloon dog sculptures linked to the blockchain. Each handmade version of the 3D printed original is unique in its own way and functions as a non-fungible token.

“Balloon Dog” was originally created as an ephemeral digital file for 3D printing that anyone could use to re-democratise an icon of blue chip contemporary art. It was a post-scarcity commons approach to art that everyone and therefore no-one can own.

In contrast, this is a limited edition of luxurious physical instantiations of the artwork (each with its own own “certificate of inauthenticity” signed by the artist) anchored to the art historical world of provenance and ownership as well as blockchain verifiable value via Arteïa’s collection management system.

From post-scarcity abundance to artificial scarcity and provably rare digital ownership as a way to establish and protect the unique value of artworks. This is a provocation for artists and collectors to engage with new digital critical and financial value in contemporary artworks.

Massive thanks to Dr. Charlotte Frost and Ruth Catlow of Furtherfield for making this happen.

Cabaret Voltaire hosted an event to celebrate the centenary of Dada led by McKenzie Wark.

It featuring 3D printing including the Urinal:

Afterwards a print of the Urinal showed up in the gift shop:

Furtherfield are taking the Shareable Readymades to London Art Fair this week, they’re for sale for Bitcoin and GBP.

Curated by Hannah Pierce, Jerwood Encounters: Common Property seeks to demonstrate how artists engage with and relate to copyright through the work of six emerging and mid-career artists, including three new commissions. The exhibition and accompanying events programme seeks to generate new conversations about how copyright is currently impacting the way visual artists make and distribute their work, and demonstrates how artists are challenging the limitations of copyright through their practice.

Prints of Urinal, Balloon Dog and Pipe are in the show.

There’s also a new image in the catalogue that I created specially for it, I’ll talk more about that when it is released. 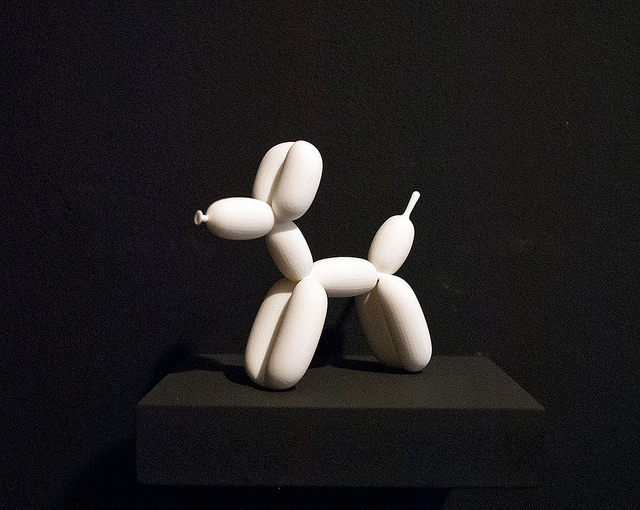 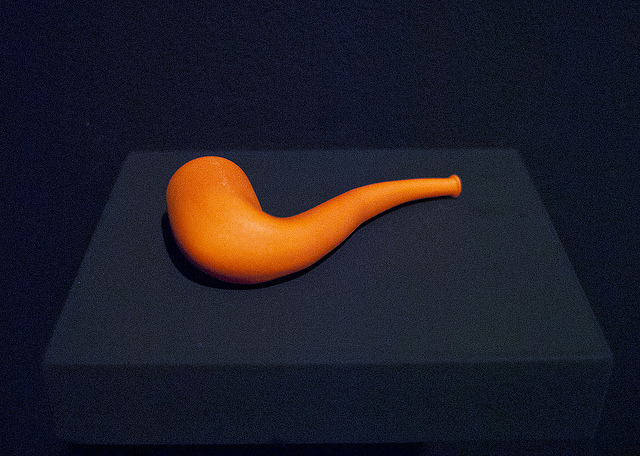 Here’s Pipe in Furtherfield‘s show “The Human Face of Economics“, along with Urinal and Balloon Dog. You can buy one from them along with a certificate of inauthenticity. 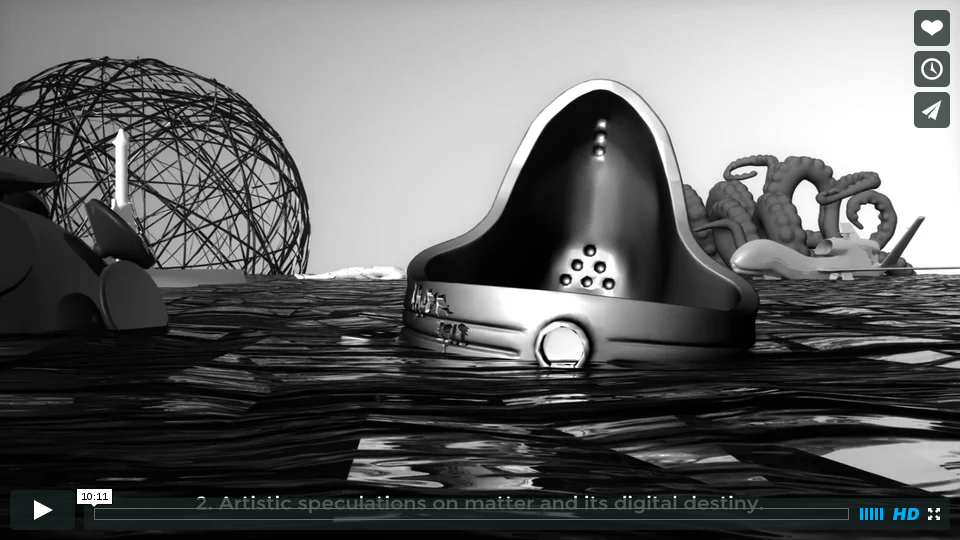 The 3D Additivist Manifesto video features the Urinal in its teaser image.

And this melting Balloon Dog is from Michael Green’s luxury.obj

If you see any Shareable Readymades in the wild, let me know!

Supplied with Certificate of Inauthenticity, signed by the artist (me).

(#arthistory hashtag held in front of a man walking down a street in New York describing the work of Taryn Simon, 2013, Charlotte Frost)

I was very flattered to be asked by Dr. Charlotte Frost to become involved in the 3D printing side of her “Art History Hashtag” project. My “shareable readymades” project was in part a reaction to the treatment of artisans by post-conceptual artists such as Jeff Koons, so reversing the artist/artisan relationship from that project and becoming the person modelling the artwork appealed to me. Charlotte’s writing about the physicality of art history media touched on something I have thought since I was at art school. And I love typography and hashtags, with varying degrees of irony.

Charlotte has now written about her inspiration for the project, providing a context not just for her immediate work but for any classical or digital humanities that wish to cross over with Maker Culture and/or to engage productively in a critique of the ways that their own medium specificity and physicality are implicated in their production. It’s an informative and valuable insight into the production of art and art history. I highly recommend it.

An excellent article on 3D printing art at MakeTank starts with my shareable readymads:

“While Myers’ work has yet to be displayed in a major museum – and that is not his point – a recent installation at the Andy Warhol Museum in Pittsburgh (PA), in collaboration with Materialise, adds to the question of what it looks like when you mix 3D printing with work intended to question the value of the multiple. The installation, Factory 2.0, with Warhol-inspired multiples, was put on in conjunction with the opening of RAPID 2013 Additive Manufacturing Conference & Expo. At the same time, there were exhibited five finalists from the i.materialise Andy Warhol Contest.”

They also quote Charlotte Frost and mention the Art History Hashtag project, about which more next…

Thanks to Art Fag City, some beautifully coloured Urinal prints from 3D Printer Experience in Chicago:

This is exactly the kind of outcome of digital distribution that I was hoping for, and I love AFC, so I’m really happy to see these.