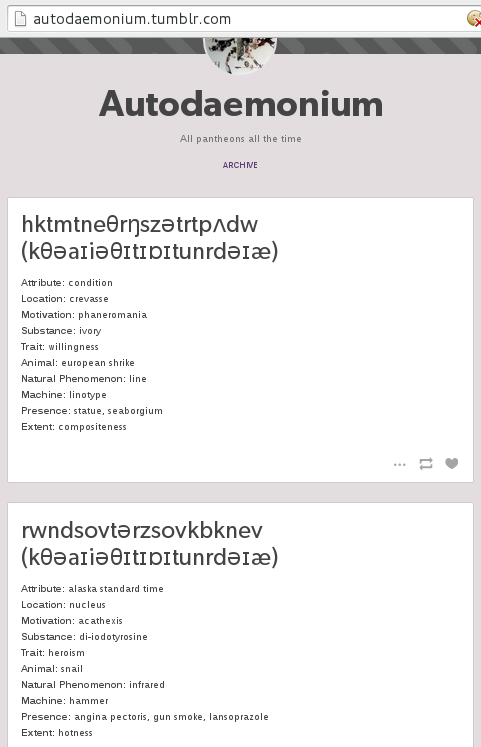 I’ve been working on something inspired by Orphan Drift/CCRU‘s hyperstitional mythology for a while. Autoloa (named for but not patterned after the Vodoun spirits that entered cyberculture via William Gibson) generates small pantheons of possible spirits. It’s working but very unfinished. I’ve decided to develop it further in public.

You can follow its progress on its blog or via its source code repository at github or gitlab.